The CONS National president, Comrade Pelumi Paul Jacob popularly known as Dgreatprof clearly stated during an interview with CONSMedia on ForestGist Blog this morning that CONS is for Nationwide and not limited to some states.

We Covered over 78 Campuses known as Study Centres – he added

He concluded by saying that CONS National board has set to give appointment to various states for wide access and better relationship between the body and the students. 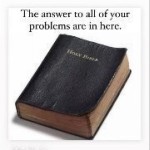